Mental Health During COVID and the Impact on Families 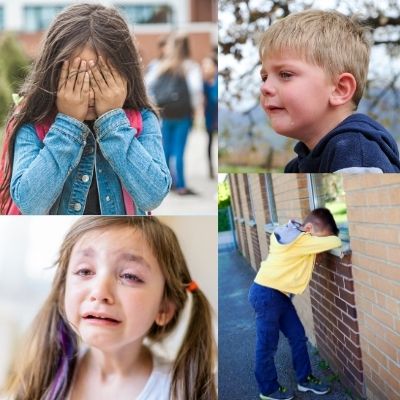 When I jumped in to do my research on the stats related to mental health during this time of COVID, I was taken aback by the stats in Japan.

More people have died from suicide in Japan than from COVID-19.

Let that sink in for a minute.

According to Insider.com "More people died from suicide in Japan in October than the total number of COVID-19 deaths in 2020, figures released by the Japanese National Police Agency show."

"The figure rose to 2,153 in October from 1,805 in September, while the number of COVID-19 deaths reached 1,765 by the end of the month, according to the Ministry of Health, Labour and Welfare."

But what about the US? What's happening right here?

We've been updated on COVID numbers daily in great detail.

But did you know that suicide among our teens has increased by 63% since last year?

Psychology Today has said that America is facing a teen suicide Pandemic.

When I made calls to get support for the second-grader last week, the calls went to voice mail, and for the first time in weeks, I did get a callback. I specifically asked if they could call or leave me a message with any options for referrals on or offline and in any state.

However, the call was to let me know they had a very long waitlist, and unfortunately, they were understaffed for children under age 14. They were doing their best to find people equipped to support the needs of younger kids.

And the kicker, kids are being forced back into school after a year isolated at home. With no preparation plan to address the masses of children who have barely stepped outside in a year and haven't seen any friends, imagine what these transitions will be like for kids.

Imagine the anxiety, fear, and ripple effect on these children and their parents and families who have to help them through it.

My children both have troubling transition issues, and I struggle to get my youngest to go to school on the one day she goes. She seems ready and then snaps and clutches the car door and curls into a ball, screaming that she's not going.

The outbursts start at home and follow the same cycle. Shoes and coat are on, and I think we're ready to go. This time we'll make it on time. And then she suddenly whips off her shoes and her coat and throws herself on the floor, exclaiming she's NOT going to F-ing school. Yes, she is swearing.

When we stood outside her school last Monday in the bitter cold, she was shaking and crying, saying, "I'm afraid. I'm afraid. I do NOT want to go in. I cannot go in!" And then, "Bring me home, Mom. I don't want them to see my tears."

I held her close and told her she was going to be okay. It's okay. Over and over again. And told her to take deep breaths, and I'd walk her in when she was ready. I knew she could do it.

After 3 to 5 minutes, she was ready to the door, where she pushed the buzzer, and the front desk lady came to walk her to class.

She still had tears in her eyes when she walked in. I wished her a good day, but I felt gutted inside.

I walked away, realizing we're soon going to have to face this daily. I was immediately filled with dread and sorrow. Thinking about how to help this child who will not do the work at home does fine once she's at school but resists and protests until she's physically inside.

Then I saw a text from her dad, my ex, concerned about the "12 tardies" she's had over the school year.

I called him immediately. No answer.

But no call and no response.


Where is the support for kids to get through this? Teachers are not equipped to deal with a full class of kid, half of whom are experiencing anxiety attacks and melt-downs.

Sign up to get updates on guests, upcoming topics, episodes, live events, and courses

Email has been submitted.

How To Leave A Toxic Relationship Episodes

Avoid Getting Framed By Abuser Episodes

Connection To Other Episodes

Connection To Others Episodes